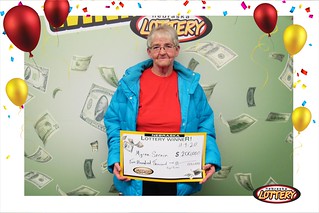 Strain purchased her top-prize-winning ticket at AJ’s of Genoa at 221 Willard Ave. in Genoa.

As she does quite often, Strain went into AJ’s to buy a pop and a Scratch ticket. When she scratched off the Royal Riches ticket and saw how much she’d won, she was in shock.